Home > Blog > What are your options if you get hit by an uninsured driver in Washington?

What are your options if you get hit by an uninsured driver in Washington? 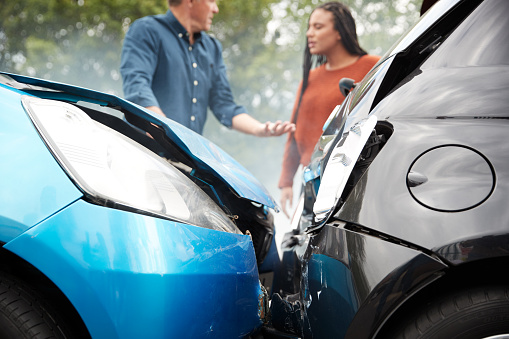 Injured crash victims often aren't sure what to do after a bad car accident caused by someone else. They might expect to have medical treatment covered for common injuries such as whiplash, broken bones, knee damage, back injuries, internal bleeding, and traumatic brain injuries—some of which may require physical therapy, surgery, and other medical procedures.

Whether you were rear-ended on SR 500, sideswiped on I-5, T-boned on Chkalov, or involved in a head-on crash on Hwy 14, it's reasonable if you assume the at-fault driver's insurance company will just pay for your medical bills and other accident-related expenses (damages).

Oftentimes, however, you must hire an attorney to negotiate with the insurance company for a fair settlement that covers the full measure of your injuries.

But what are your options if the person who hit you doesn't have enough insurance to cover your medical costs, or lost wages, or pain and suffering? What if they don't carry any auto insurance at all?

Nationwide, about 1 in 8 motorists are driving without insurance, according to the Insurance Research Council.

People injured in car accidents with uninsured or underinsured drivers have options. It may still be possible to get your medical bills paid, your car, truck, or motorcycle repaired, and other damages covered. The process, though, can be a little more complicated than a traffic accident in which both parties are fully insured, which is why many crash victims seek legal help from a car accident lawyer when pursuing compensation.

Washington is a pure comparative fault state, which means that a victim can still file a claim if they are partially at fault for causing an accident; however, their compensation will be reduced proportionately by their percentage of fault. For instance, if you were injured in a crash caused by someone who failed to yield at an uncontrolled intersection, but you were also found 50% at fault because you failed to yield at the same intersection, any compensation you recover would be reduced by 50%.

After a car accident, there are a variety of sources from which a victim may be able to draw compensation, including:

Who pays for damages in an accident caused by an uninsured driver?

If you are hit by an uninsured or underinsured motorist and have UM/UIM coverage, your insurance should pay for your medical expenses and other damages (up to the policy limits). If you have personal injury protection (PIP) insurance, that insurance may be tapped as well to pay for your medical bills and, in some cases, a portion of your lost wages, household services, and other damages resulting from the crash.

UIM can also be used in hit-and-run situations. When an at-fault driver flees the scene of a crash and cannot be located, the driver might be considered an uninsured motorist for insurance purposes.

Even if you don't have UIM or PIP coverage, your own auto insurance policy may still include coverage for vehicle repairs and/or a rental vehicle. Your private health insurance, or in some instances state-provided coverage through Medicaid or Medicare, may also cover the cost of all or a portion of your medical expenses.

Filing a lawsuit against an uninsured driver may be another option available to you, but is often not ideal because even if you get a judgment in your favor it’s unlikely the at-fault person will be able to pay or satisfy the judgment.

Even when a driver who causes a wreck has not purchased insurance, there may be coverage under an employer or family member's policy. When a defective product is responsible for causing the crash or contributing to one’s injuries that resulted from a crash, there also may be one or more defendants, such as an auto parts manufacturer, that can be held liable.

Accidents with uninsured and underinsured drivers are often uncertain and frustrating, but they don't have to be. People who are injured by negligent drivers have rights, including the right to pursue fair compensation for their damages.

The Scott Law Firm, PLLC, in Vancouver, is a trusted and experienced Washington law firm with a focus on serving crash victims. We have the tools and resources needed to build strong cases for our clients and fight for maximum compensation. We also offer legal representation on a contingency fee basis, which means there's no upfront money needed to hire us and you pay no legal fees unless we make a financial recovery in your case.

If you or a loved one was injured in an accident, contact us today for a free consultation. We would be honored to talk to you about your potential legal case.