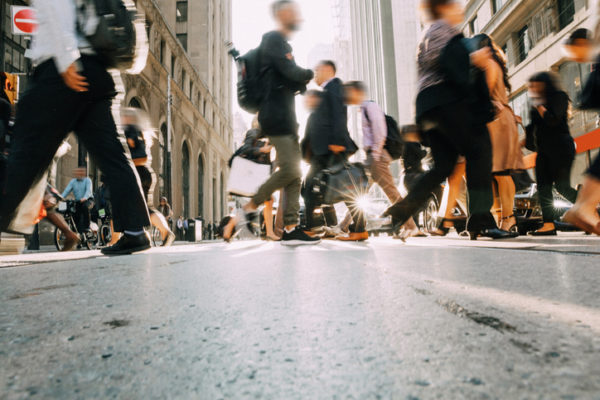 “We have talked 2020 to death, but it is the end of 2021 and this was way worse,” Staci Hoff, research director for the Washington Traffic Safety Commission, said in an interview with the Seattle Times. “The increases that we’re seeing in very serious crashes are not subsiding.”

Pedestrian fatalities are at a 40-year high.

The GHSA recently conducted an in-depth study of pedestrian accidents and fatalities for the past three years. Based on accident data collected by the National Highway Traffic Safety Administration (NHTSA), pedestrian fatalities increased dramatically in 2020 and 2021 across the nation.

When the pandemic started in 2020, traffic safety researchers thought that pedestrian accidents and other motor vehicle fatalities would decrease due to fewer drivers on the road. Instead, pedestrian fatalities increased by 4.6 percent to 6,711 deaths, up from the 6,412 pedestrian deaths recorded in 2019.

Then in 2021, pedestrian fatalities skyrocketed 11.5 percent higher to 7,485 deaths, the most pedestrian deaths for a single year since 1982. “The trend is clear: more pedestrians are being killed on our nation’s roads,” the GHSA report said.

To put such numbers in perspective, since 2011, the highest single-year pedestrian accident death toll in Washington State was 104 deaths in 2017 before the state began setting new records in 2020 and 2021.

Pedestrian accidents happen for many other reasons, but negligence is a common factor. As a pedestrian, there's only so much you can do to keep safe while on foot. Indeed, your safety primarily lies in the hands of motorists. Unfortunately, some drivers don't take that responsibility seriously. As a result, people are severely injured or die in preventable pedestrian accidents.

Count on Colin Scott if you've been injured.

Pedestrian injury claims often become complicated legal cases because the damages suffered by the victim can be significant, and insurance companies always look to keep payments low. If you were hit by a car, you may be entitled to compensation for medical bills, replacement income, and other losses, but getting what you're entitled to won't be easy. That’s why you should talk to an experienced pedestrian accident attorney who knows how the system works in Washington and can advocate for the compensation you deserve.

At The Scott Law Firm, PLLC, attorney Colin Scott and his dedicated legal team have a passion for justice and a reputation for providing personalized attention to clients. We understand how to build strong cases, deal with insurance companies, and deliver real results to our clients.

Whether negotiating the best possible settlement offer for your family, filing a pedestrian accident lawsuit, or fighting for your rights in court, you can count on us when it matters most. Schedule a free consultation to learn more about your legal rights and options.