May is Motorcycle Safety Awareness Month 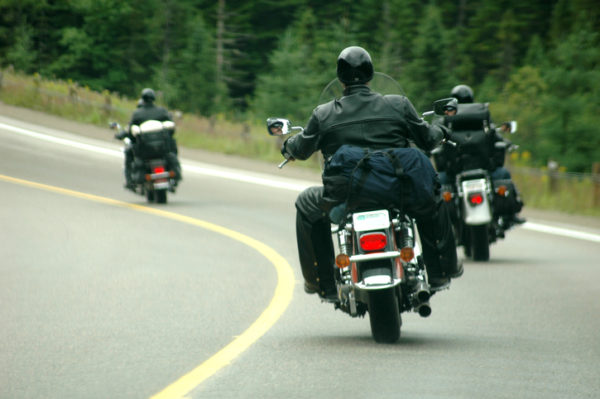 Drivers in Washington are reminded to share the road with motorcyclists

In Washington and states across the nation, traffic safety advocates have designated May as Motorcycle Safety Awareness Month. The safety campaign focuses on educating drivers and bikers about the dangers motorcyclists face when they're riding.

It's all in an effort to help prevent motorcycle accidents, which have become a widespread problem not just in Washington, but in states throughout the country. Negligent drivers pose a significant risk to motorcyclists because when you're riding a motorcycle you are much more vulnerable to severe injury compared to someone inside an enclosed passenger vehicle.

If you ride a motorcycle, you have a right to the road—and other drivers need to do their part to keep you and your passengers safe. When they don't, a motorcycle accident lawyer can hold them accountable and fight for the compensation you're entitled to.

Despite widespread prevention efforts, injuries and fatalities involving motorcycle crashes continue to be a serious problem in Washington state.

In 2020, there were 91 motorcycle accident fatalities in Washington state, according to accident statistics compiled by the National Highway Traffic Safety Administration (NHTSA). That’s an increase of about 26 percent compared to a decade earlier when there were 72 such deaths.

Nationwide, an estimated 5,000 people die in motorcycle accidents every year, according to statistics compiled by the NHTSA. Motorcycle accident fatalities in the U.S. have increased dramatically in the past decade as well—by about 11 percent from 2010 to 2019, according to the Insurance Information Institute.

If you get hit by a car while riding your motorcycle (or wreck your bike to avoid a collision), you may get blamed for causing the accident even if wasn't your fault. Many anti-biker stereotypes exist in the insurance industry, and it's common for insurance adjusters to use those biases to purposefully delay, dispute, and deny valid claims. The reality is a lot of motorcycle accidents occur because of the reckless or negligent actions of other drivers.

How drivers can protect motorcyclists

As a driver, you have an obligation to operate your vehicle safely. Part of being a safe and responsible driver is watching out for other road users, and that includes motorcyclists. To help prevent car vs. motorcycle accidents, motorists should:

Motorcycle accident victims have legal rights—and we can protect them.

When you've been injured in a motorcycle accident that was not your fault, having a lawyer on your side can make a dramatic difference in the outcome of your case. Even after all fees and costs are paid, numerous insurance company analyses have revealed that those who hire an attorney for legal representation receive more money on average than those who represent themselves.

An insurance adjuster is a trained professional who's focused on saving the insurance company money, not making you whole again. That's why you need a motorcycle accident attorney in your corner, looking out for your best interests.

At The Scott Law Firm, PLLC, attorney Colin Scott and his dedicated legal team know how to handle claims in Washington state involving injured motorcyclists. If your loved one died in a fatal motorcycle accident due to negligence, we can also see if filing a wrongful death lawsuit is a good option for you and your family.

The important thing is to talk to us as soon as possible. There are deadlines to pursue legal action for a motorcycle accident in Washington state, and the sooner we can get started on your case, the better.

To find out how we can help with your potential legal case, contact us today and schedule a free consultation with an experienced motorcycle accident lawyer. There are no obligations, just honest answers about your case so you can decide what you want to do next. Our law office is located in Vancouver, WA, and we serve clients throughout Southwest Washington.