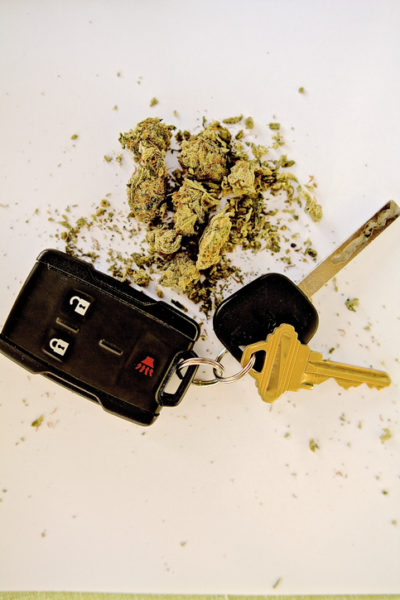 More and more fatal car accidents involve at least one driver with marijuana in their system, a new study finds.

In fact, the number of roadway fatalities involving cannabis has more than doubled over the last 20 years or so when states first began legalizing and decriminalizing marijuana. The growing use and acceptance of marijuana could be making roadways less safe.

The discovery was made by researchers at Boston Medical Center and Boston University. Analyzing fatal crash data from 2000 to 2018, they found that cannabis-related fatal crashes increased to almost 22 percent in 2018 from 9 percent in 2000.

Meanwhile, the number of fatal crashes involving marijuana and alcohol increased to 10.3 percent in 2018 from about 5 percent in 2000.

As a result, marijuana use may be undercutting the success of reducing alcohol-impaired fatal crashes, say researchers who noted that the overall fatal crash rate is going down.

Washington was one of the first states in the nation to legalize recreational marijuana use. The decision was made in 2012 at the polls. While Boston Medical did a national study, AAA conducted a focused analysis in 2020 on marijuana's impact on Washington State car accidents. They too found that the number of fatal crashes involving marijuana had more than doubled since 2012.

Some communities experience more fatal crashes than others. Locally, many of the most serious crashes happen on major highways and freeways like I-5, I-205, SR 14, and SR 503. Southwest Washington's Clark County often reports the most car accident deaths per year. Countywide, there were 27 people killed in 2019 crashes, the most recent federal data available. Meanwhile, Cowlitz and Lewis counties lead with the region's highest percentages of deadly crash rates:

In Southwest Washington, the following communities are among those that have seen multiple deadly accidents over the past five years or so:

Although marijuana has increasingly become more common in fatal car accidents, researchers have been careful not to call cannabis a "crash factor." That's because it's difficult to conclude that marijuana significantly contributes to fatal car accidents right now. The reason why is because there is no widely accepted way to measure cannabis impairment. Washington, however, is trying to establish such standards.

Not everyone is on board with Washington's per se cannabis law. The cannabis per se limit presumes that at 5 nanograms per milliliter of blood, a person must be too high to safely operate a motor vehicle. Current analysis methods cannot always accurately identify whether a person with marijuana in their system consumed the drug recently.

While it is not conclusive that marijuana raises the risk for fatal crashes, it is well-established that marijuana dulls the senses and skills necessary to safely drive. When someone is high on marijuana, typically, their field of vision is reduced, their ability to judge risk decreases, eye-hand coordination and reaction times are slowed, and attention to detail is diminished.

Car accidents can be complicated. We know how to help.

Car accidents caused by impaired drivers tend to be severe and violent because of the poor decisions of high drivers. Speeding, ignoring traffic signals like red lights, and distracted driving are also often factors in such crashes.

The Scott Law Firm, PLLC fights for the rights of accident victims in the Southwest Washington region. If you were injured or lost a loved one due to an impaired driver or another type of car accident, contact our law firm to schedule a free case evaluation.

At no cost to you, a member of our legal team will listen to the details of your crash and how your injuries have affected your daily life. We can then explain how the law applies to your particular situation and explain your legal options.

Our law firm is located on Main Street in Vancouver, and we serve all of Southwest Washington. The Scott Law Firm is ready to hear from you 24/7. Contact us now to schedule your free case evaluation.