Home > Blog > Drive Sober or Get Pulled Over This Holiday Season

Drive Sober or Get Pulled Over This Holiday Season 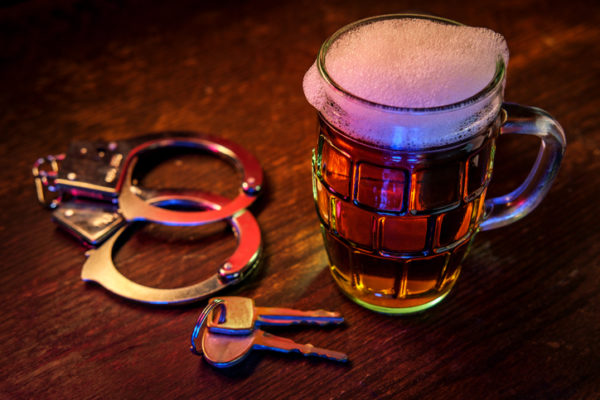 A Car Accident Lawyer in Vancouver, WA Discusses the Dangers

A national movement to prevent serious car accidents by discouraging drunk and/or high driving over the holidays is underway in Washington State and will continue through Jan. 1, 2022.

In Vancouver, WA, expect to see the push use marketing tools and high-visibility traffic enforcement to make the point "Drive Sober Or Get Pulled Over." Its sister campaign, "Drive High, Get a DUI" is also getting a boost this holiday season. Driving under the influence (DUI) cases typically increase around the holidays as there are more occasions for celebration.

Coordinated by the U.S. Department of Transportation as well as state and local police forces, the "Drive Sober" campaign is supported by tragic statistics. For example, in December 2019 more than 830 people nationwide were killed in impaired driving crashes.

In a typical year, more than 500 people die in Washington drunk driving accidents, according to federal data. Over the last five years, Clark County has reported between 6 and 12 alcohol-impaired accident fatalities per year.

In recent years, serious alcohol-involved crashes have taken place on:

Why Do People Still Choose To Drink and Drive?

Most people, about 90%, do not drink and drive, according to researchers. When asked why they don't get behind the wheel while under the influence of alcohol, the most common answer given was a desire to avoid accidents. Sanctions were a minor concern.

To get people to stop drinking and driving, it's important to understand the circumstances and beliefs going on inside a drunk driver when they decide to get behind the wheel. In a study, "Driving Under the Influence of Alcohol: Frequency and Reasons," researchers say that the most frequently used reason to drive drunk is that the driver claims to have no other way to get home.

Here are some of the other "reasons" reckless motorists give for driving under the influence of drugs or alcohol (from most to least common):

If you were injured or a loved one died in a crash caused by a drunk driver, you have the right to seek compensation for your losses. Making sure a drunk driver is held responsible for their actions helps you get the money you need to get your life back on track. But it also sends a powerful message to others that drunk driving will not be tolerated on our roadways.

Don't let an insurance adjuster try to pressure you into settling for less than what you deserve. Insurance companies have a financial incentive to pay you as little as possible, and your injuries represent a threat to their bottom line. That's why you should talk to an experienced car accident attorney who can look out for your best interests and aggressively advocate for the compensation you need and deserve.

To see how our law firm can help with your potential legal case, contact us right now to schedule a free case consultation.