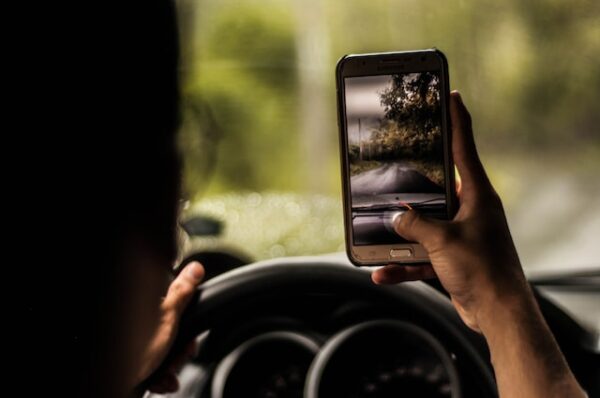 Study shows how some teen drivers cause serious and fatal accidents because of negligence.

Some teenage drivers who speed or text while driving cause serious car accidents, according to a recent traffic safety study presented by researchers at the annual meeting of the American Academy of Pediatrics.

"We need to encourage safe driving and find ways to help prevent those risky driving behaviors like speeding and cellphone use that can lead to a crash," Catherine McDonald, co-director of the PENN Injury Science Center at the University of Pennsylvania School of Nursing and the lead researcher for the recent study, said in an interview with HealthDay News.

Collisions caused by young drivers can have serious consequences. Our Vancouver, Washington, car accident attorneys at Scott Law Firm, PLLC, know all too well since we have worked with many people injured in crashes caused by young drivers. If you were injured in an accident with a teen driver, contact us today to review your legal rights and options.

The PENN Injury Science Center study tracked the driving habits of 165 teen drivers (average age, 17 years old) who had their driver's licenses for less than eight months. Most of the trips young drivers took occurred during the day and were less than 6 miles.

The study also confirmed what previous traffic safety studies found – teenage drivers often text or use their cellphone. Specifically, 30 percent of the time, young drivers either held their cellphones or used them while driving.

Such figures reflect an earlier study. According to the annual Youth Risk Behavior Survey published by the Centers for Disease Control and Prevention (CDC), 39 percent of young drivers admitted they had texted or emailed while driving at least once in the past 30 days.

Speeding is common among young drivers

The recent PENN Injury Science Center study confirmed another common trait among young drivers – they often drive too fast. Specifically, in the recent survey, teenage drivers exceeded the speed limit 40 percent of the time. In addition, 5 percent of teen drivers were speeding and using their cellphone while driving.

The CDC's annual Youth Risk Behavior Survey had similar findings. Young drivers consistently drove faster than drivers of all other age groups. And young men 15 to 20 years old, in particular, were involved in more speeding-related accidents than other age groups, according to the CDC.

Speeding and texting while driving are risks young drivers often take on the road. Other reasons why teen drivers cause collisions can be found on the CDC's Teen Driver Fact Sheet. Such reasons include the following:

It's important to remember that not all young drivers are negligent. While studies like the one stated above shed light on how some teen drivers contribute to collisions, reckless driving knows no age restrictions. Whether you were hit by a teen driver or you are the parent of a teen who was injured in an accident that wasn't their fault, a lawyer can protect your rights and advocate for your best interests.

How a Vancouver, Washington, car accident attorney can help you

Collisions caused by teen drivers often turn out to be complicated legal cases. Sometimes, it's because the young driver denies doing anything wrong. Other times, it's insurance companies that are the problem. They often do everything they can to pay injury victims as little as possible or nothing at all.

Attorney Colin Scott has the knowledge and experience you need to build the strongest possible legal case. When you have the Scott Law Firm, PLLC, on your side, you can put yourself in a position to recover the money you rightfully deserve.

Learn more about your legal rights. Contact us and schedule a free consultation with a Vancouver, Washington, car accident lawyer you can trust. We work on a contingency fee basis. That means you only have to pay if we secure a financial settlement or verdict for you. Schedule an appointment at our Vancouver, Washington, office today. We handle legal cases statewide.