Home > Blog > Is impaired driving an issue in weed-legal states?

Is impaired driving an issue in weed-legal states? 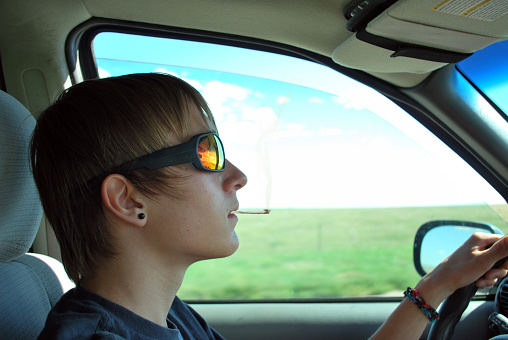 Washington is one of 17 states where recreational marijuana is legal (not including the District of Columbia and Guam), and as more and more states consider lifting the ban on recreational cannabis use, a growing number of motorists are wondering how safe it is to drive after using it.

The dangers of drunk driving have been known for years — but what do the experts say about driving under the influence of marijuana? So far, data from researchers who have studied the effects of driving while impaired by cannabis is limited.

Here's what you should know.

How dangerous is driving under the influence of marijuana?

According to the insurance comparison site The Zebra, research has shown that consuming cannabis can impair your motor skills, reaction time, thinking ability, and judgment. As such, you should never get behind the wheel of a motor vehicle if you're impaired by marijuana (or any other substance, for that matter) because you run the risk of hurting yourself and others in a car accident.

But exactly how long should you wait to drive after using cannabis?

It's a murky question with no clear answer, but this is what studies have revealed:

THC can be detected in a person's bodily fluids up to 30 days after use and in a person's hair for several months, so determining the level of intoxication in drivers who cause car accidents presents a challenge. Still, a European study suggests that drivers with THC in their blood are twice as likely to cause a fatal crash compared to their sober counterparts.

The Zebra report notes that in states where recreational marijuana is legal, 60% of drivers who use cannabis acknowledge that they have driven under the influence of marijuana.

Other key findings from the survey include:

Make no mistake about it — getting behind the wheel of a car while you're impaired by marijuana or any other substance is incredibly reckless, dangerous, and irresponsible, and drivers who engage in this type of behavior need to answer for their negligence.

If you were injured or a loved one died in a crash caused by someone who was impaired, you have the right to pursue compensation for your losses from the at-fault driver. The problem is that the insurance company for the other driver isn't on your side and has a financial incentive to pay you as little money as possible.

Consequently, it's common for insurance adjusters to delay, dispute, and straight-up deny injury claims brought forth by crash victims in hopes of making them give up and walk away. And if they do make you an offer to settle, it's probably going to be for much, much less money than what you're actually eligible to receive.

At The Scott Law Firm, PLLC, attorney Colin Scott knows the ins and outs of the law and how to aggressively advocate for the best interests of his clients. Let Colin take your case and fight for every dollar you deserve.

To see how an experienced car accident lawyer in Vancouver, WA can help you, contact us right away to set up a free consultation. We serve clients located throughout southwest Washington state and would be honored to speak with you about your potential legal case.