How to file a personal injury lawsuit in Washington State 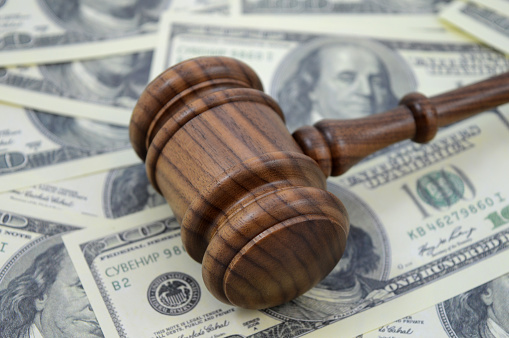 Unless you're a legal expert, you probably don't know what steps are involved or how to file a personal injury lawsuit in Washington State.

If that's true, don't feel bad. Most people have no idea what to do after sustaining an injury. With that in mind, if you or a loved one was injured in an accident due to the intentional, reckless, or negligent actions of another, you should consult with a personal injury lawyer who is licensed to practice law where the injury occurred and schedule a free consultation.

Hiring an experienced attorney means that you will have someone by your side who can handle every detail related to your claim, from calculating the total cost of your accident-related expenses and sending demand letters to the insurance companies, to filing a lawsuit and taking your case to trial.

Here's what you should know about personal injury lawsuits in the State of Washington.

How much time do you have to file a lawsuit?

It depends. There is generally a time limit within which you must either settle your claim or file a lawsuit in order to preserve your ability to make a claim. This time limit is generally referred to as the statute of limitations.

In Washington State, the deadline to file a personal injury lawsuit is generally 3 years from the date of your accident or injury. However, this general time limit can vary depending on your individual circumstances—it may be shorter or it could be longer—which is why you should consult with a personal injury lawyer right away who can review the facts and determine the applicable statute of limitations in your situation.

Keep in mind that it takes many hours and a considerable amount of effort to build a strong case that will hold up in court. Evidence can deteriorate or disappear, the memories of eyewitnesses can fade, and your case can weaken significantly as time passes by.

Failure to file your lawsuit within the applicable statute of limitations will almost always result in your case being automatically dismissed.

In addition to filing a lawsuit within the proper timeframe, you must also file your lawsuit in the appropriate jurisdiction and venue. Often, but not always, jurisdiction for a personal injury lawsuit will exist in the county where the injury-causing event occurred. In other situations, a lawsuit may be filed in the county where the defendant resides.

It is important to remember these are only two of many different possibilities, which may or may not apply to your circumstances. That is why you should schedule a consultation with an experienced personal injury lawyer as soon as possible, so they can determine the applicable statute of limitations, where jurisdiction exists, and the proper venue in which to file your lawsuit.

Can a settlement be reached before filing suit?

It is not uncommon for personal injury cases to be settled out of court. Sometimes even just the threat of a lawsuit is enough for an insurance company to offer a financial settlement that meets your needs. At other times, the only way to obtain fair compensation is by hiring a lawyer who can file suit on your behalf.

Taking your case to court

If no settlement can be reached, your attorney can draft formal documents, including a “summons” and "complaint," which are needed to begin the lawsuit. The complaint is the main operative document that contains all the facts of your case and, in some cases, the amount of money you are seeking in compensation.

After your complaint is filed, the named defendant(s) must be properly served with the summons and complaint and given a chance to respond to your allegations. The defendant’s response is called an "answer." The parties will then engage in a process referred to as “discovery.”

Discovery is the formal exchange of evidence, through written questions and answers, production of documents, and oral testimony (through a process referred to as a “deposition”). Discovery is an important step during litigation because it allows the parties to “discover” important facts of the case and what evidence may be presented at trial.

Is it possible to settle after a lawsuit is filed?

Yes. The discovery process can reveal a lot about the claims and defenses presented by the parties, so it is common for both sides to enter settlement negotiations before the case proceeds to trial.

Again, your lawyer should not accept a settlement offer without consulting you first, but keep in mind that taking your case to trial can be a lengthy process with an unpredictable outcome. Trials can also be quite expensive, so it is a good idea to perform a cost-benefit analysis before deciding to accept or reject a settlement offer.

Taking your case to trial

Certain cases can't be settled after discovery and end up going to trial. The trial may be heard before a jury (jury trial) or a judge (bench trial). Jury trials tend to be longer with more unpredictable outcomes, whereas bench trials are generally less time-consuming, less expensive, and the outcome can be more certain.

In either case, the trial will begin with opening statements. The plaintiff(s) will then put on their “case in chief” by presenting evidence and witness testimony for the judge or jury to consider.

Once all the evidence has been presented by both sides, the plaintiffs and defendants will give their closing arguments, during which the parties argue why their client should win and the other side should lose. The case is then left in the hands of a judge or jury to decide.

Judges are of course familiar with the law, but in the case of a jury trial, a judge will give instructions to the jury providing the applicable law.

The jury is then asked to apply this law to the evidence presented in the case through a process known as “deliberations.” After some hours, days, or even weeks, the jury will then hopefully reach a verdict, deciding the outcome of your case.

At The Scott Law Firm, PLLC, founding attorney Colin Scott is a former deputy prosecutor for the State of Washington. He has experience handling a variety of cases in both state and federal court and over the course of his career has acquired a number of case results and client testimonials to back up his work.

Regardless of the situation you are facing, if you were injured and someone else is to blame, Colin can fight for every dollar you deserve.

For a free consultation, contact The Scott Law Firm, PLLC today at our office in Vancouver, WA.