4 driving behaviors that increase the risk of a car accident 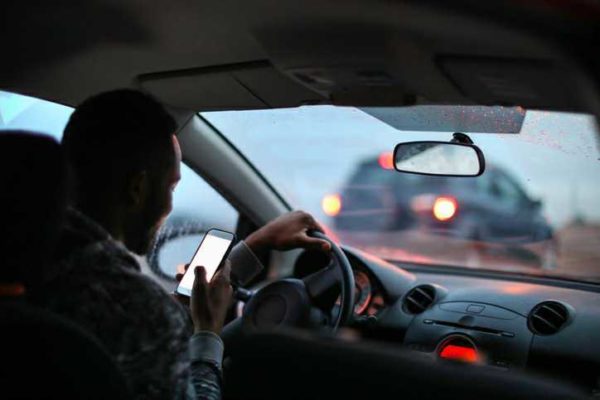 Being responsible and cautious on the road can significantly reduce your chances of being involved in a crash. It doesn't entirely prevent it, however.

Crashes are usually caused by one thing: human error. Every time you drive, you could be sharing the road with a distracted driver, drunk driver, aggressive driver or drowsy driver. These are the actions that result in tens of thousands of road users killed and many more injured on American roads each year. Here is why they are so dangerous.

1. Distracted driving a leading cause of crashes

In Washington, it's illegal for drivers to hold cellphones while driving. Drivers are only allowed to use cellphones while parked and out of the way of traffic, using a hands-free device or for emergency purposes.

According to the Washington Traffic Safety Commission:

The traffic laws and the statistics don't always deter drivers from using cellphones, but cellphones aren't the only problem. Distracted drivers often eat and drink, multitask, use built-in infotainment systems and engage in other distracting activities.

When drivers are engaged in any activity that causes visual, physical or cognitive distraction, it only takes a split-second to cause a serious crash. In 2018, approximately 2,841 distracted driving deaths were recorded across the United States. The numbers could potentially be higher, since distracted driving doesn't always leave behind physical or digital evidence.

We often see drivers speeding down highways, major roads and residential streets. Some drivers do it when they're in a hurry and fail to allow themselves enough time to reach their destination. Other drivers speed habitually without realizing it.

As we discussed in May 2020, we have seen an uptick of dangerous speeding amid the COVID-19 pandemic. That's due to fewer cars on the road and the impression that police aren't out enforcing the law.

There are far too many people who feel confident in their ability to drive while impaired by drugs, alcohol or certain prescription medications. Some people feel OK to drive after having only a few drinks. Even when someone's blood alcohol concentration level is within the legal limit (below 0.08 percent), they can still be too impaired to drive or more likely to be involved in a crash than a sober driver. Drunk driving was responsible for 10,511 traffic fatalities across the U.S. in 2018.

Since marijuana is legal for medicinal and recreational use in Washington, you may be more likely to encounter a high driver here than in many other states. We also can't rule out the effect certain prescription drugs and over-the-counter medications have on drivers.

Drivers who use alcohol and/or drugs often experience:

Drowsy driving often occurs when someone hasn't received an adequate amount of sleep. There are many drivers who struggle to stay alert while driving, especially at night. Drowsy driving is more common among:

Drowsy driving resulted in nearly 800 recorded traffic fatalities across the U.S. in 2017.

Drivers have a responsibility to avoid distraction and aggressive driving, and to stay off the road if they are too impaired or tired to drive. When they cause someone's death or injury as a result, they should be held accountable.

The Scott Law Firm, PLLC is dedicated to holding negligent and reckless drivers accountable and taking on their insurance providers so crash victims and their families can be compensated to the fullest extent. To find out how we can help you, contact us online and schedule your free legal consultation.