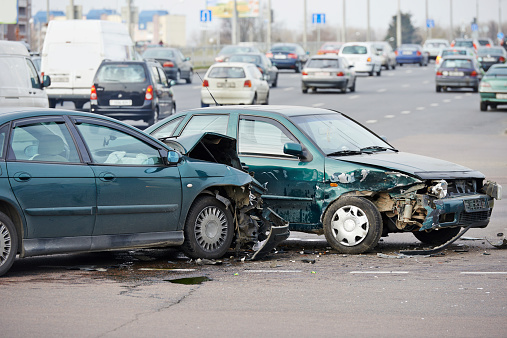 After 2020 was one of the worst years for car accident fatalities in Washington State, there were more crash deaths in Washington in 2021 than in any year in the past 15 years, according to accidents statistics compiled by the Washington State Department of Transportation (WSDOT).

“We have talked 2020 to death, but it is the end of 2021 and this was way worse,” Staci Hoff, research director for the Washington Traffic Safety Commission, said in an interview with The Seattle Times. “The increases that we’re seeing in very serious crashes are not subsiding.”

Last year, 634 people died in 540 fatal car accidents in Washington State, according to King 5 News. That’s an increase of 13.2 percent in the number of car accident fatalities compared to 2020, when 560 people died in 536 fatal motor vehicle accidents, according to The Seattle Times. The year 2020 saw the highest motor vehicle death toll in Washington since 2006 – until last year’s death toll topped 2020.

“The alarming trend in Washington state really highlights the fact that we need to think about how we ensure that if someone does make a mistake that it’s survivable,” Dongho Chang, WSDOT’s state traffic engineer, said in an interview with The Seattle Times.

Why did car accidents increase in Washington State last year?

Traffic safety experts were astounded when Washington set car accident fatality records in 2020 since there were fewer drivers on the road that year due to the pandemic. The number of serious car accidents in 2020 was significantly higher than normal as well, topping more than 2,000 serious accidents (2,071) in Washington for the first time since 2010.

Then in 2021, the number of serious car accidents in Washington skyrocketed to 2,411 serious crashes statewide. Three key factors appear to be at play:

Alcohol-related fatal car accidents continued to climb higher in 2021, according to The Seattle Times. In 2020, there were 199 deaths due to drunk driving accidents, the highest annual total in more than a decade, according to the NHTSA.

Speed-related car accidents also “continued to play an outsized role” in 2021, according to The Seattle Times. In 2020, speeding drivers killed 167 people, an increase of 9.8 percent in speeding-related fatalities compared to 2019, according to the NHTSA.

Talk to a car accident lawyer if you've been injured

If you were injured in a car accident in Washington State, you have the right to seek compensation for your losses. Unfortunately, many injury claims turn out to be complicated legal cases that require the knowledge and expertise of a car accident attorney to handle.

Attorney Colin Scott is an experienced Vancouver, Washington car accident lawyer who knows how to handle such challenging legal cases. That’s because he and his dedicated legal team at the Scott Law Firm, PLLC have decades of experience handling such difficult legal cases. When you have our law firm on your side, you can demand the money you rightfully deserve.

Discover what we can do for you after your motor vehicle accident. Contact us today to schedule a free consultation. We’re conveniently located in Vancouver, Washington, and we proudly serve injury victims throughout Southwest Washington.